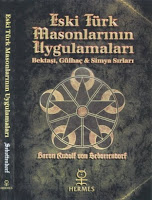 As an aside, Madam S’s bookshop was on Rue de Monsieur le Prince (see previous blog post). Amazingly, this singular Paris location still exists and has been a restaurant of one sort or another since 1947. It now serves very tasty Tarte fine aux légumes by a bloke with a lisp called Benjamin.

If you're ever in the neighbourhood:
https://bonjourparis.com/food-and-drink/buzz-monsieur-prince-coffee-time-seize-coq-rico/

Benjamin told me that one Solstice night the ghostly yapping of a Lhasa was heard beyond the chatter of the patrons.

Posted by Jack Fielding at 02:34 No comments:

Vampires, vegetable tarts and a magical bookshop... Part One

The dusty draft of Shadows and Pagodas was quite different to its published incarnation many moons later. The narrative was penned in a descriptive, florid  nineteenth-century style before being thoroughly modernised. Its alternate history broadly filled out at the beginning but now gradually introduced.

The characters have changed, too. For example, the Baron was a conventionally constructed human who went by the name of Schalken. This was in reference to one of my favourite ghost stories, penned by Sheridan Le Fanu in 1839, Strange Event in the Life of Schalken the Painter. But, after a great deal of soul-searching, I morphed Schalken into Baron H. (Hieronymus) Parzifal.

The surname a deliberate play on Parsifal the Knight and his legendary quest for the Grail. So in Shadows we have the outrageous Baron Parzifal undertaking his very own quest in a weirdly-skewed world. Lovable rogue. An aristocratic and laconic creature, for sure. Vampiric in nature, possessed of unsavoury proclivities and prone to composing rather bad poetry.

Posted by Jack Fielding at 06:13 No comments:

Dear readers, I finally bit the bullet (or should that be musket ball) and commissioned a professional to redesign the cover art for my books. Larch Gallagher lives in medieval Ely, Cambridgeshire – described as “one of England’s spookiest cities” – with her magical cat that morphs in the winter cold.

Larch has completed the commission for Shadows and Pagodas and we’re really pleased with the result. In truth, I never felt the earlier artwork quite managed to do the novel justice despite many valiant attempts. Just never felt right, somehow. But Larch has a real talent for this sort of thing (not to mention patience) and conveyed the gothick elements in Shadows in a way that is hopefully original and dramatic. Note the Grail Cross and the ghostly Siamese temple to the right. Oh, and we’re working on a distinctive Jack Fielding ‘look, too’. This is a bit tricky because I write across different genres but I’m confident that we’re on the right path.

By way of explanation, I discovered Larch after much questing. It was her cat, you know. I encountered her in a crooked and cobbled Ely street where she led me to an occult shop not unlike the one Isabella finds in the novel.
Larch was in the shop and said, “I really enjoy coordinating with new and published authors to bring their ideas to life.”

And that’s just what she’s done.

Here's where you can find out more about Larch and her work:
https://thebookcoverdesigner.com/designers/larch-gallagher-design/
https://ipn.upwork.com/o/profiles/users/_~01d3b72264bf15bc2b/

Posted by Jack Fielding at 02:58 No comments: 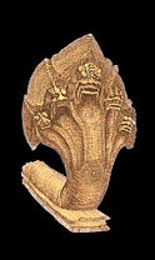 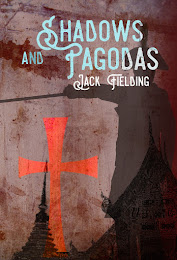 What is the secret behind the extraordinary painting that Peter steals? A wickedly irreverent tale of swashbuckling adventure, Buddhism, fighting and death (but not necessarily in that order), conspiracy, medieval pelicans and rather nice cups of tea 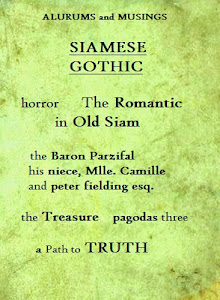 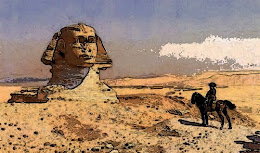 A work in progress: tweaking the nose of history in an Antique Land

Is this the best British ghost film ever...?' 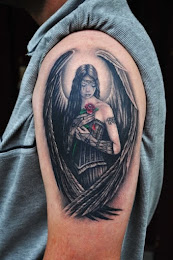